Yeah-yeah, this is now officially a soundtrack blog I guess…
It was not my plan for this year but that is how it turned out!

Before we get to the pictures I can give you a small update, I spend almost
all free time playing right now and this year’s beaten games list will be
quite something, as always I’m already looking forward to writing it!

The SFC game Tenshi no Uta just got a finished fan-translation and I am
just so happy that I finally got to play that game, not the best on the
console of course but I would say it was good, some really impressive
enemy sprites and portraits, music from Sakuraba, simple but solid
battles and okay story. Big thanks to the translators!

Now then, let’s start with some Xeno:

It finally arrived, the newly released Xenogears SHINKAKU LP!
I have yet to listen or even open it and taking a good picture proved
impossible but it is a double LP this time, it doesn’t include any new
tracks and could probably be called a “best of Xenogears” with a few
tracks from the OST, some from Creid etc. I will get back to it once I
have listened to it all.

As usual with Mitsuda covers, it’s a bit odd…

Another black item impossible to take a photo of. I did not plan on getting
this since it is just a normal copy of the Blu-ray OST but with a signature
from Mitsuda but then I thought I might regret it later and just grabbed it
anyway, haha. Quite expensive, they were sold at Tokyo Game Show this year
so it could clearly be called an official item to add at least. 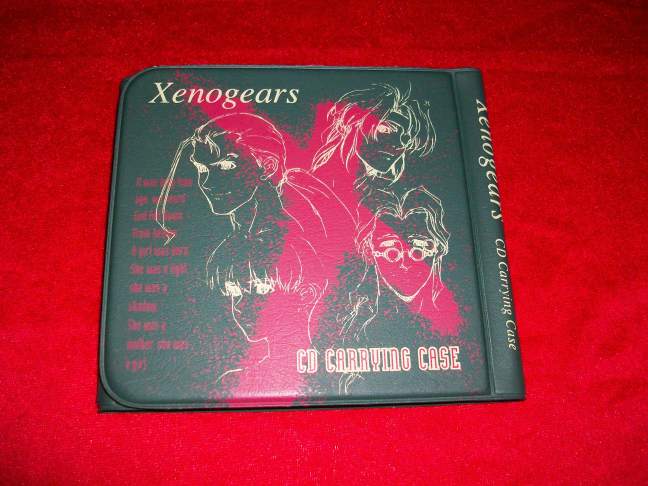 This is a bit of an oddity, a Xenogears CD case from Movic.
Not much to say really, hard to say if it is 100% official,
it is made by Movic who handled a lot of the Xenogears
merchandise but it doesn’t mention Square anywhere, hmm. 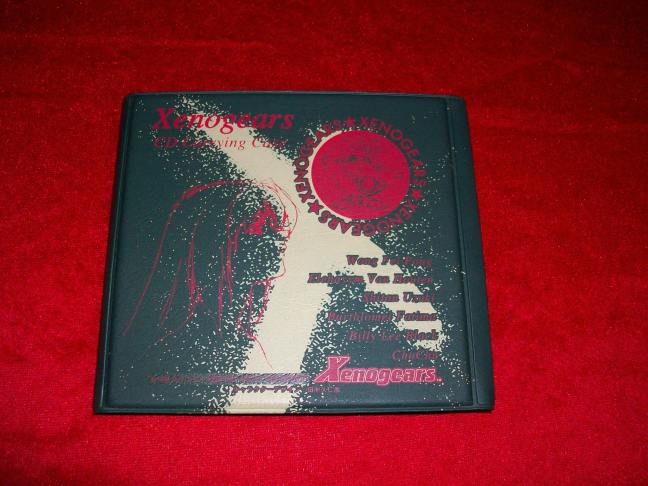 Let’s end with something more colorful:

I was looking to add an US copy of Threads of Fate to my collection but found
these beauties instead! You could get them when you pre-ordered the games
in the US, it’s only about 5 tracks on each disc but I love the odd cases
and the art they choose for these, I just had to have them and all came
from a really nice seller! Let’s take a closer look:

That’s it for today and most likely this should be the end of my Soundtrack side tracking for now, I might take a picture of the entire collection later though.