It has been a while and this will be another picture heavy round.

Before that I might as well mention Tales of Zestiria, one of many reasons I
haven’t had the time to write and also one of the reasons the
month was expensive. I won’t spoil anything important so feel free to read on!

I have not beaten the game yet since I’m actually stuck on the final boss
for the first time in a Tales of game, for some reason it won’t even be
defeated on the lowest difficulty setting… Oh well, I will do some more
sidequests and try to master the far too confusing equipment/ skill system.
That is also my biggest complaint and I know that
others have the same problem.

Otherwise I like the game, the battles are really interesting and I like
that you combine two characters to make a new one! The story is quite weak
and not the best cast either but some parts still felt much better and less
dragged out than usually in Tales of. The environments are as suspected much
better than in Xillia but I can’t help but to miss the good old times with
tiles and when you actually could visit the insides of houses etc…

The best part of the game is whenever a Go Shiina melody plays, two of my
favorite composers in the same game, what a treat, Go Shiina by far makes
the more exciting music but sadly he only made 10-15 tracks this time.

In the end this is an interesting “evolution” of the series.

Yes! I sold my US copy of Dragon Quest 8 years ago, finally it’s in place again. 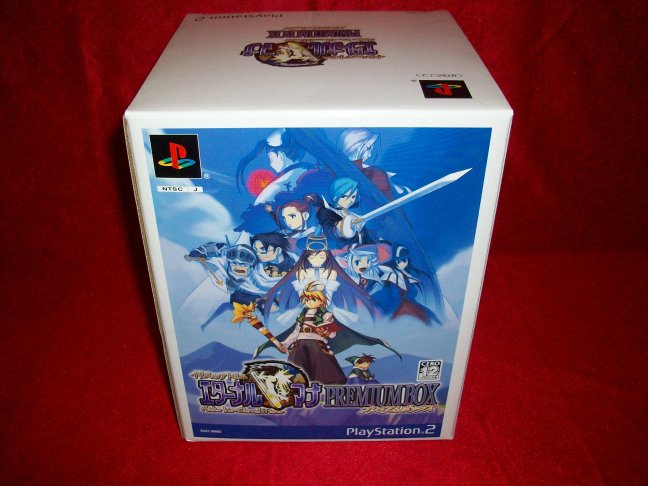 I have had my eyes on this forever. 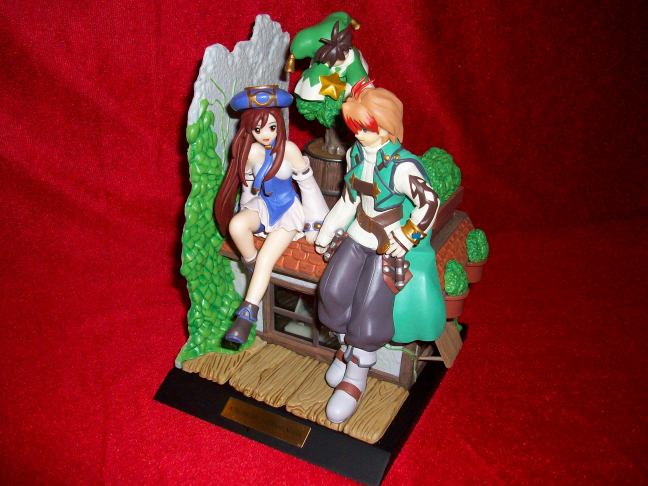 You get this beautiful figure/ diorama, there is a music box hidden in the
house that plays the main theme. 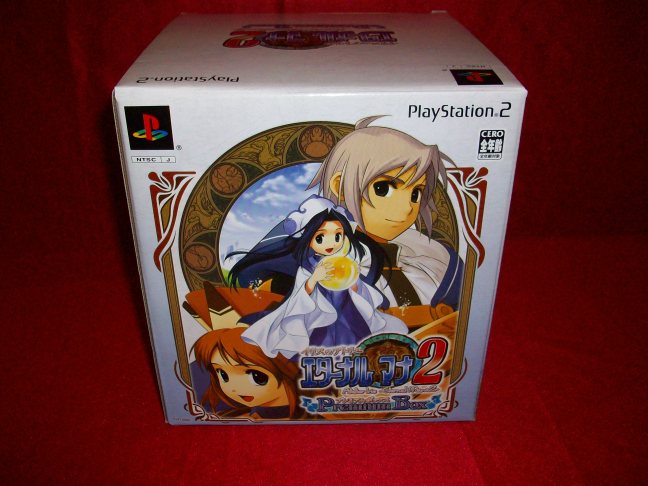 Wo! Quite a similar box, sadly Atelier Iris 3 didn’t get one like this.

This is amazing and instantly became a favorite, the figures spins one way
and the bracelet the other way at the same time as it plays the main theme.
It is just too good! 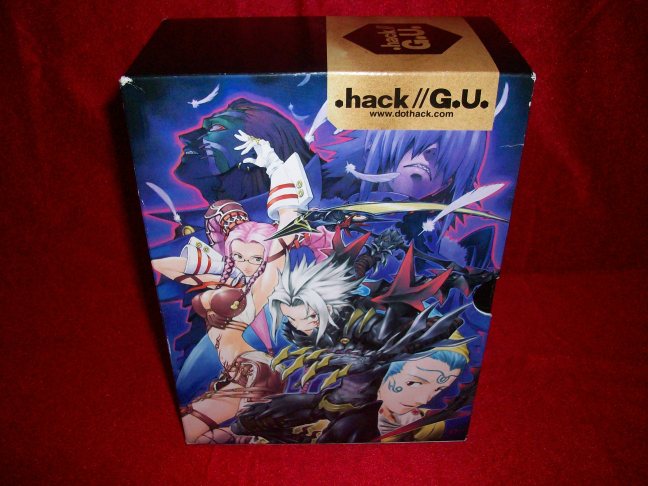 More .hack, this time an extremely limited japanese box with all three games and bonus discs. 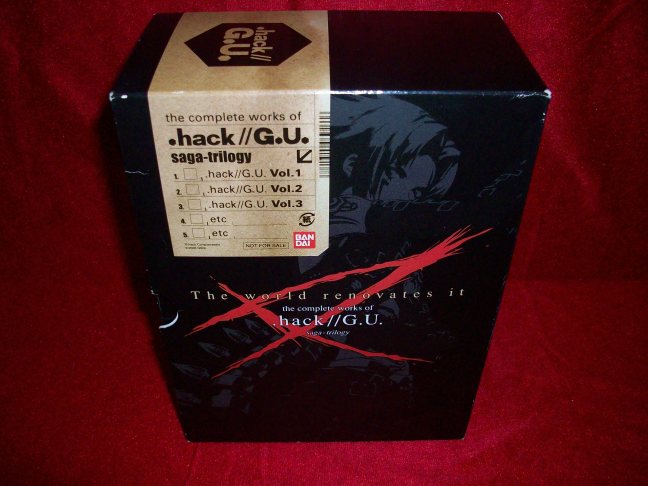 Not for sale! If you know how this was sold originally I would be glad to know.

This is how a good box opens up! 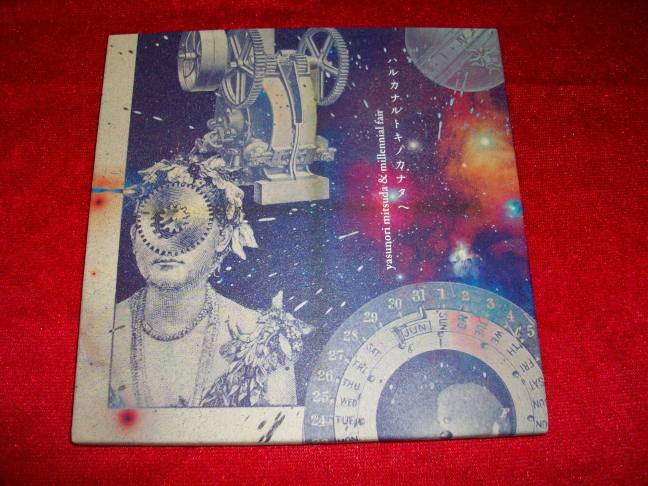 This is the new Chrono Trigger and Chrono Cross Arrange album that
we have waited for all these years! It might need its own post later,
let’s just enjoy the typical “Mitsuda art” for now.

The back, even stranger mayhap.

As you can see this was an expensive month and I didn’t even
mention the overpriced Zestiria Box…
This always happens when I have a bit of money,
it suddenly transforms into rare paper boxes.

I have spent a lot of time lately rearranging the collection and
maybe you will finally get some new overview pictures soon!

I know this is a quite “hated” game and this is one of the times that I will
admit that it is 90% nostalgia that makes me like it, of course I know
it’s not a good game but it was one of the first RPGs that I played.
Ah, the warm summer days at my relatives house, the good old sofa,
cold lemonade and a major headache from getting lost in the cursed castles
of the game! It feels like yesterday but since then I have grown immune to
headaches, warm summer days and beaten the game plenty of times.

I say this about many games but it really has been a dream to one day own
the original X68000 version of the game, well now I do!

It’s so cool, I have been happy ever since it arrived and I can’t stop
thinking about it! The box is huge, about the size of two DVD cases,
it is my first time seeing a X68000 game in real life and I was a bit
surprised. The inside is also very nice:

The manual is big, thick and have all the information you need
(plus a small manga part of course). This is not a limited copy or anything
but you still get a full sized poster with the world map in beautiful colors,
of course the game was prized at 8800 yen (a lot back then) and very few
copies were sold. The game itself comes on four 5.2″ diskettes, a bit too
retro for my taste but I might emulate the game someday just to see the
differences between this and the SNES version we all know so well.
At least the music is superb in both versions and that is why
I am happy to present:

The freaking soundtrack, aaah, I can’t believe this! If the game is rare,
this is ultra rare, how it even exists is a mystery, the number of copies
this sold is probably next to none, which of course is sad, I have been
playing the soundtrack and the sound quality is amazing, really,
some of the tracks makes your ears melt (that is a good thing, haha).

Phew, what a rant but I am so happy about this!

I realise that it has been a while since I even mentioned Xeno
in this blog… The collecting has been really slow lately and finding the
missing items are just ridiculous both when it comes to the prices and
actually finding someone who are willing to sell them.

I did say in an earlier post that I have 3 secret Xeno stashes, well,
the first one is actually split up into 7 of these boxes: 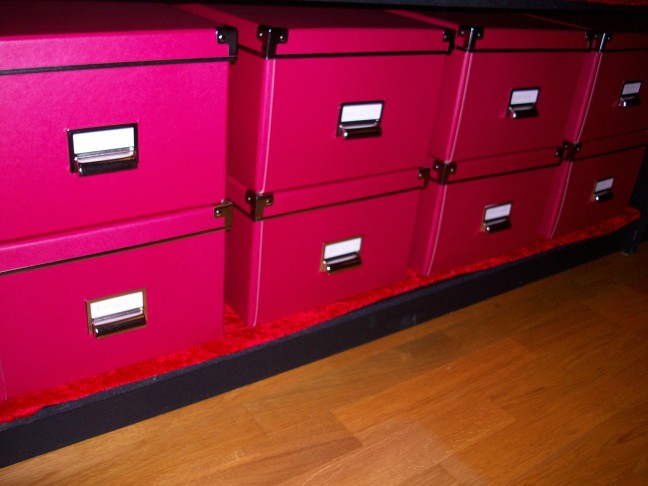 This post will only show one of these as an example but I will add more
of them to the Xeno section soon. 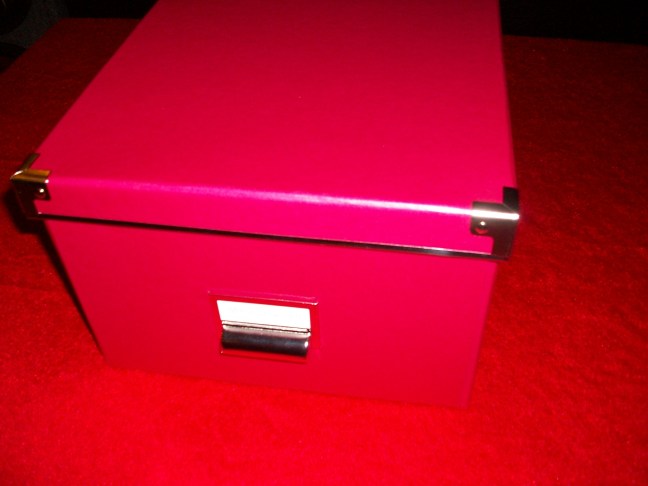 Let’s have a look inside:

I like the size of these boxes, you can store artbooks and other
things in A4 size without problem.

A good start! The Xenogears postcard book, only 8 pages
but the beauty makes up for it!

Haha, the Xenosaga coasters, I can’t believe how expensive these was,
I ended up in a bidding war and finally won them, so much money
for a bit of cardboard…

Mmmm, the Xenogears calender, perfect to have if you want to keep track
of the dates in 1998. You could get this by preordering the game in Japan.

Manga time, this one is official but I have always been
a bit disturbed by the art. 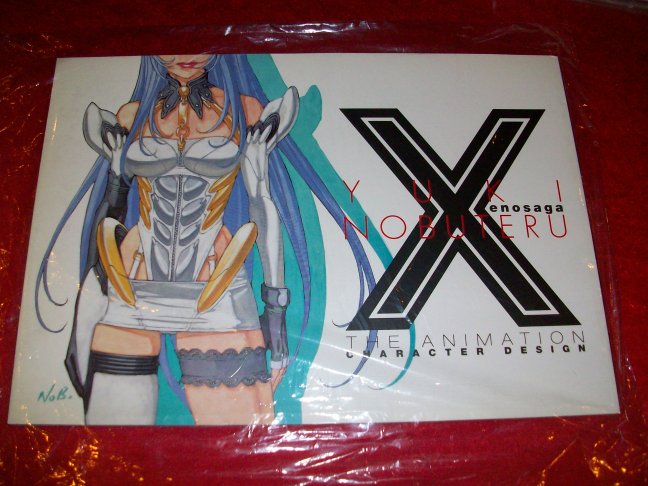 Ah, my weak spot, an artbook, this time from Yuki Nobuteru who
drew the characters for the anime, a really good book.

More art from the anime in this massive book. I can’t even remember
exactly what’s in it, I have probably only opened it once years ago. 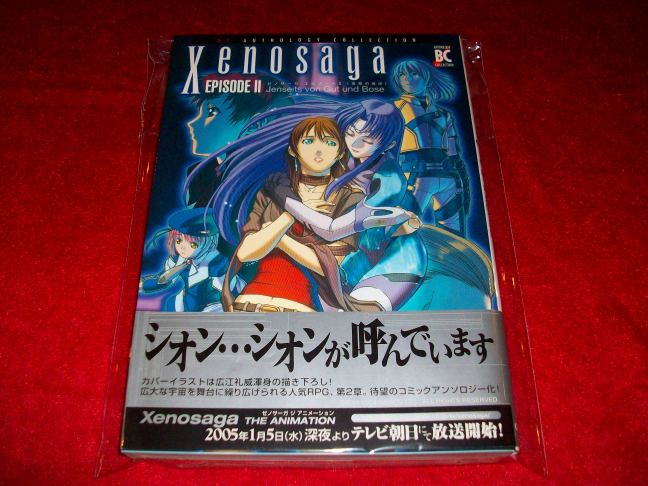 Another manga, it should follow the story of Episode II. 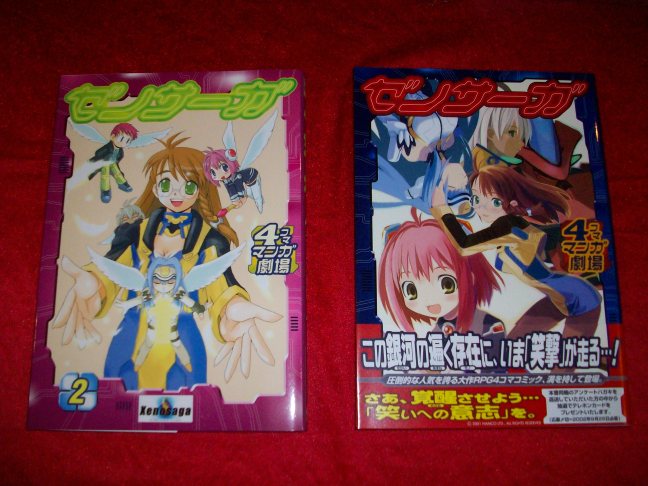 I see, most of the manga books where hiding in the bottom. 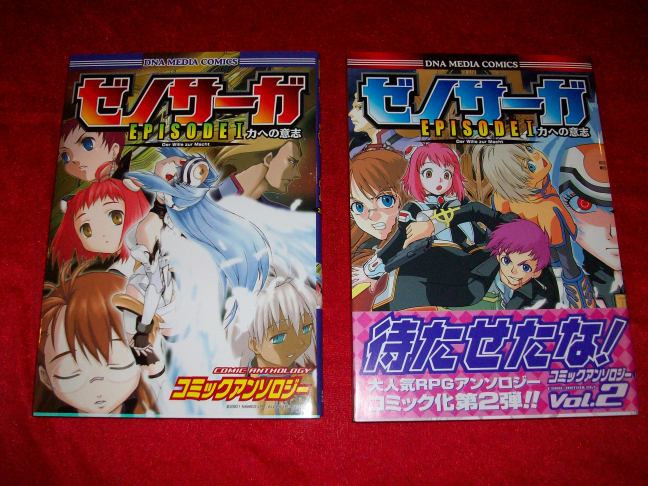 The DNA Media Comics, the left one is missing a paper that is supposed to sit
around the cover, if anyone knows what they are called please tell me!

More Manga, there is a total of 16 official Xenosaga Manga and this is what
lies within one of the seven boxes, phew.

I can gladly announce that all of the games actually are sold, woho!
A nice buyer that I have traded games with in the past contacted me
and we managed to make a deal including all Playstation games that
where left and also some SFC games. In total I sent over 200 games,
by far the biggest amount I have ever sold at one time, sure I
didn’t become rich since most games cost a dollar or two but it
feels really good to finally clean up the collection and make
room for new games.

Some of the games will be missed, they have been a part of the
collection for a while after all. If you wonder why I had them all
to begin with the reason is simple, I bought some large bulks
years ago to pick out all of the RPGs! 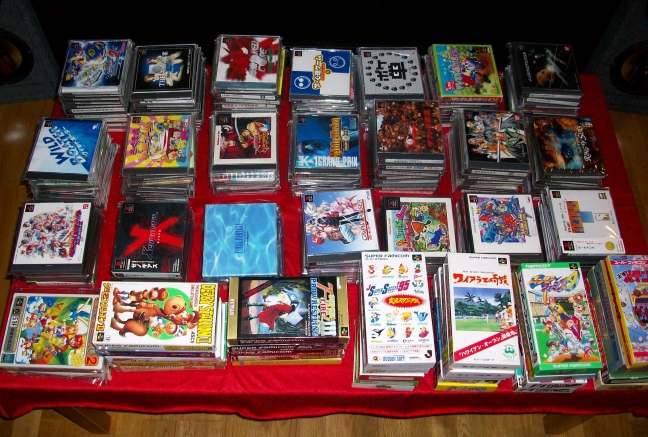 So, what to fill up all the empty space with? Thanks to JRPGeek the answer is
the amazing Bravely Default Deluxe Box (PAL version with the Agnes figure)!

I am really happy to finally have it! It was impossible to take a good
picture but there is plenty to find on the INTERNET, the best part
besides the good game, artbook etc must be the texture of the box,
it looks more like textile instead of the usual cardboard:

A really nice and luxurious box!