As usual everything takes longer than expected when I’m involved but here it
finally is, I didn’t think I would ever make a new addition this large
again to the Xeno collection: 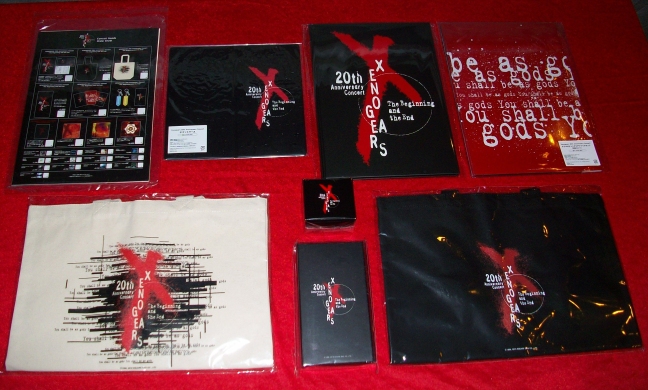 Look at them all! I have actually had them for a while but they still seem
unreal and my wallet is still hurting bad. I was prepared for the music box
and assumed that there would be some pamphlets maybe but it was a small
chock when they announced all the other items just a few days before the
20th anniversary concert.

Let’s take a quick look at them all, sadly all of them are new and unopened
and since it is too early to know how rare and expensive it will be to find
sealed copies in the future I don’t dare to open any.

Just a bunch of papers listing the merchandise and some other events etc. 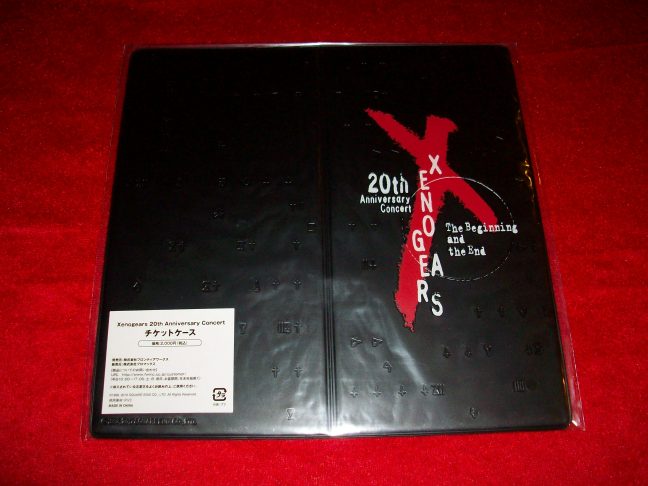 This is a plastic case to hold your tickets, quite pointless I would say but still

This is a set of three file folders to hold your papers, I still don’t understand why they are so fixated about them in Japan, oh well, looking nice 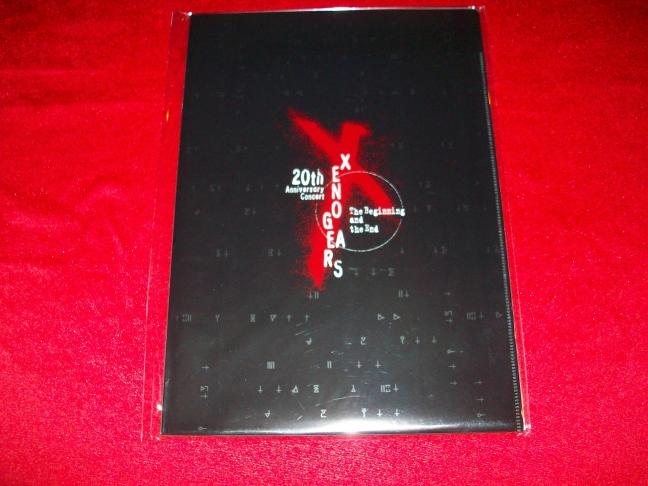 This is the second folder, the third is sealed in between so no picture

Then we have a black cloth bag to hold all the merchandise, hehe 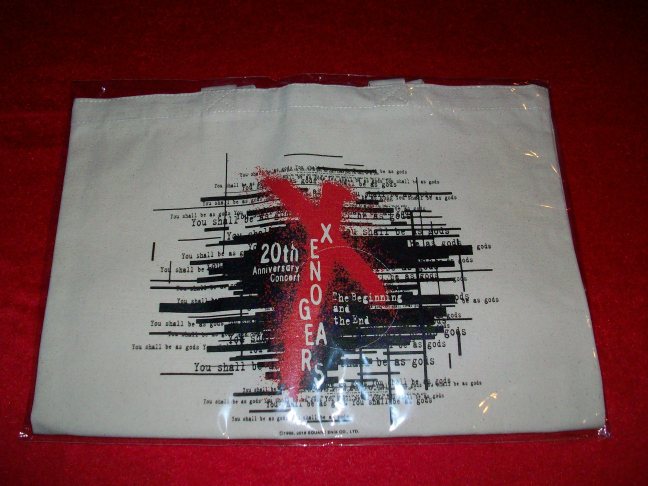 Or maybe a white one? A bit overkill with two different,
I would just have gone with this white one 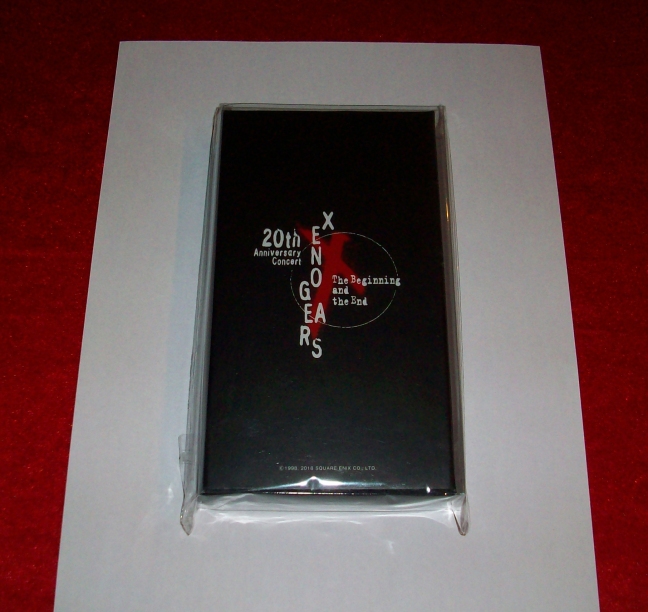 Now for the good parts, this is a nice set of two key chains, one in the
save point color (memory cube) and one in the party exchange point color,
really nice, I will try to get an open copy in the future but be sure to
look them up!

This might be the highlight, a book with art, info and some new interviews
with both Takahashi and Mitsuda! Best of all, it didn’t come sealed so I
could take a look, more or less a miniature version of Perfect Works,
there is already scans of it to find on the internet
so be sure to take a look at it yourself!

Can’t wait for a translation, quite a long interview.

Ah, finally the little music box, only available to those with a “Solaris” ticket,
I have no idea how many copies that means but I don’t suspect to see too
many of them in a year or two, once again it is sealed but of course
it plays “Faraway Promise” and is just the best as a collector item!

That’s it, amazing! Don’t expect any bigger collection updates for a while,
I will keep working my way towards the 1000 beaten games and will probably
write about a few interesting once that I have beaten recently.

Let’s just get into the good part:

The Tales of Legendia OST has been on my most wanted list forever, a real
favorite and a soundtrack I have listened to MANY times, the difference
between the actual CD and the files I have on the computer was bigger
than expected, such quality, as if the orchestra was in the room!

I didn bother to unfold it but it was a surprise to see a small poster included:

While on the topic with Legendia and Go Shiina I also had to get the
God Eater soundtrack, sadly I will never finish the games or know
where all this GODly music fits…

Trusty Bell, or Eternal Sonata as we know it over here is another
favorite that I more or less had on repeat after beating the game,
a 4 hour soundtrack for a 15 hour RPG, that is impressive!

Had to show this cute “spine” with art on the back of it: 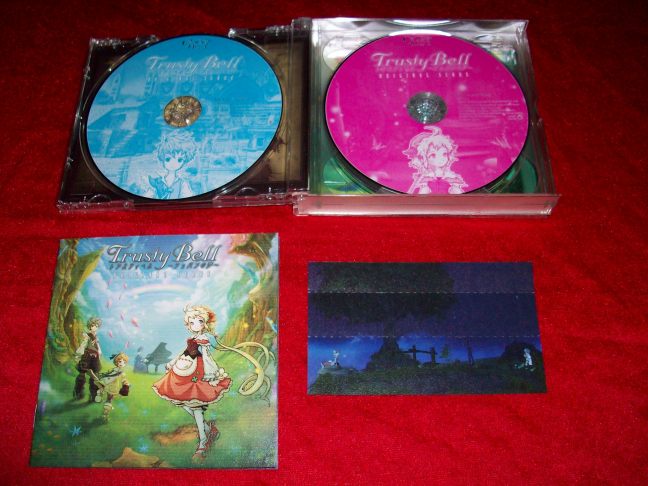 Lost Odyssey is still sealed, I’m not sure if I want to open an
already 10+ years old soundtrack (!) love it either way!

I have two more soundtracks stuck in customs but after that I will be done
with them for now and hopefully go back to collecting GAMES again.