I have more or less spent all “play time” this month on Trails in the sky
on the PSP (it’s still not over) but I had to take a short break when
the fourth game in the Momodora series was released.

Since I haven’t really mentioned them earlier I might as well make a small post about them all.

All four games are really short and inspired by Castlevania/ Cave Story etc,
it might seem easy to make a small game like these ones but setting limits
and not make the projects into something bigger is actually really hard and
something the creator “rdein” have mastered by now. 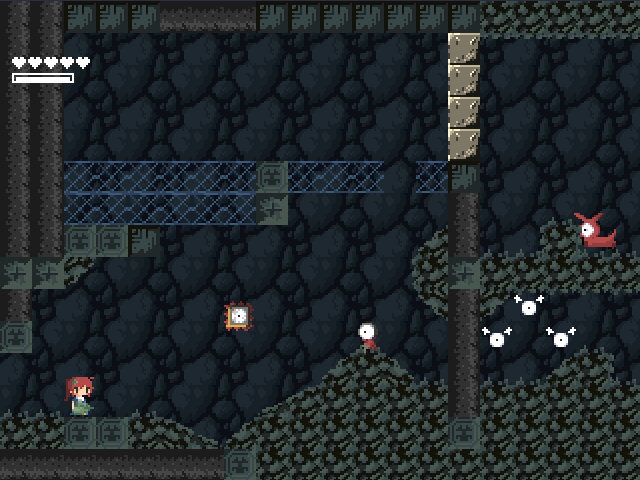 Sadly I can’t really recommend the first game, it feels like the early project that
it also is and it is far from polished. Of course, the core is good and many
of the weapons are fun to experiment with plus you might want to
follow the little story there is.

Both the first and second game is free to download, while the first one feels
like a linear “Cave Story clone” the second evolves to be a bit more unique
and also adds the classic Castlevania map:

This really is the short version of a Castlevania, it took me less than
2 hours to get 100% but luckily all four games have more to do after
you beat them, different endings, challenges etc.
The “camera” / transition is a little odd this time since it scrolls
half a screen at a time but that is just a minor flaw and since
it is a free and short game you should try it!

Next up is Momodora III. This is more or less a polished combination
of the first two games, it is linear but with the option to
backtrack to find some secrets or just enjoy the environments once more.
Combining different items with passive and active effects is
a big and fun part this time!

Lastly we have the newly released Momodora: Reverie Under the Moonlight.

I was looking forward to this but was still surprised to see it
released so soon. This is definitely the pinnacle of the series and
rdein have really evolved his game making skills. Everything from
graphics, animations etc to music and level design is on top! 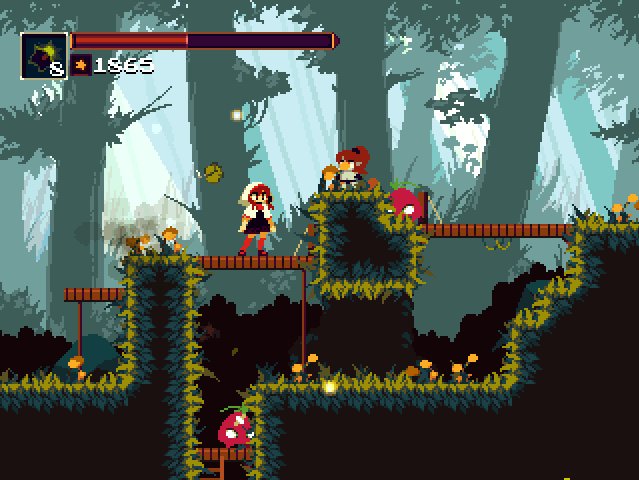 Games like this is the very reason I finally turned to the dark side
(PC games, hehe) a few years ago, short games like this just
don’t make it to the consoles and it would be quite
sad to miss out on some of them.