I thought this would be an easy project compared to the SFC collection but
thanks to the high shipping costs from the US and the
“global shipping program” it has been a bit of a pain finding some titles,
if a seller wants $30 for a game the shipping and import charges end up at
$40 for a total of $70 which of course is too much
to pay for a used PS2 game.

Also, many sellers have a different view of “good” condition so a few
titles needs to be replaced later.

Oh well, overall the collection is coming along nicely and
these are the latest additions:

I saved the Shin Megami titles for later but now it is later and here are
half of them, I had hoped to have the Devil Summoner 2 box by now but
sadly the seller decided not to send it to me… I finally have
the Digital Devil box at least, I always wanted that one! 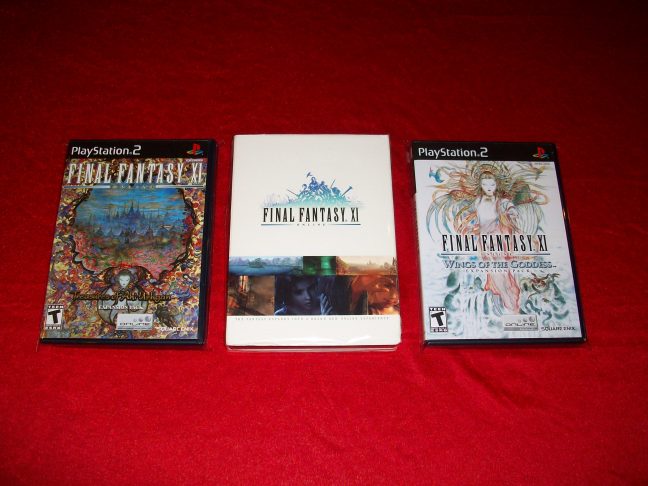 A pile of Final Fantasy XI, I already had the Chains of Promathia Expansion
but there seems to be a jungle of editions of the main game?
The outer sleeve on this copy is damaged and needs to be replaced. 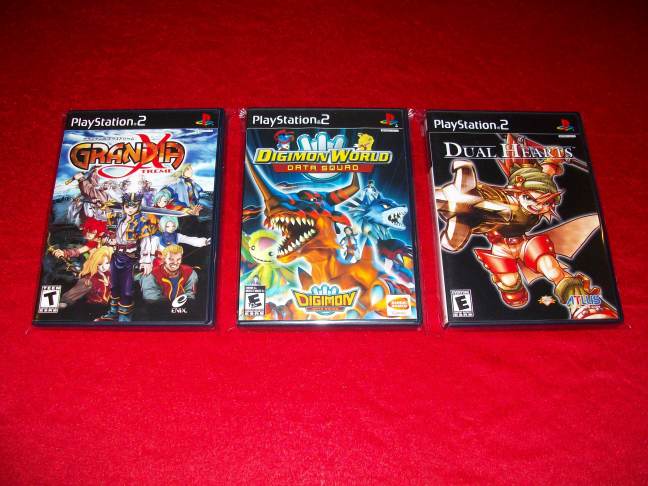 FINALLY, Dual Hearts have been a cursed game for me. Both me and a
friend have been looking for it daily for months before a complete,
nice copy with a reasonable price appeared.
Grandia Xtreme has also been a high priority… for years.

Not as nice as the SFC setup but this is how the main part of the
PS2 collection looks at the moment. NTSC RPGs at the top and PAL
ones below, I will of course take pictures of it all once
the collection is complete!

4 thoughts on “The PS2 collection is coming along”