This will probably get a longer post later but this week I finally took care
of a long postponed project, sorting out all the unwanted japanese Playstation
games from the collection! As you guessed I found a total of 176 games that
don’t belong in the collection. Far too many of them are sports games,
pachinko simulators and other “crap” games. So far around 20 of them are
sold and the ones that no one wants will just be sold in a bulk.
I will give it a couple of weeks.

Sure I still have the games but just getting them out of the collection
felt really nice, now there is enough room to complete the PS2 collection, woho!

Speaking of the PS2 collection, I just recieved and added my most wanted item: 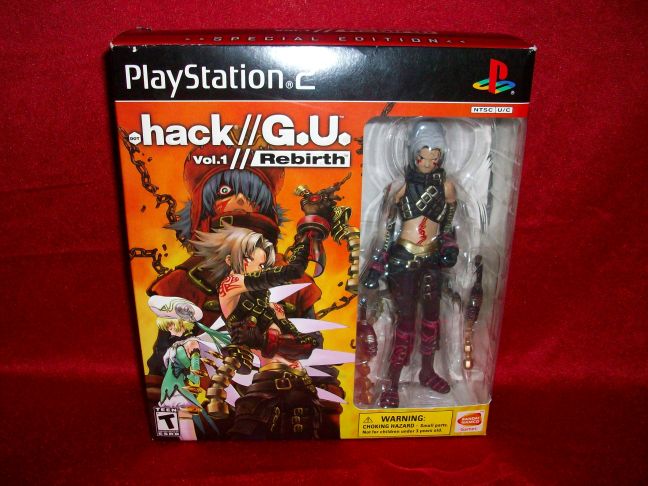 Very few seem to even know about this box, an odd box for an odd game.
Besides the game you get a Haseo figure (main character) and even better than
that a special disc that summarize everything from the first four games and
also tells some intresting information not found anywhere else.
If it’s not enough to find this rare disc you also need to unlock
parts of it with data from your memory card… wow.

I am really happy to finally have it even if most of it is of
course available on youtube.

4 thoughts on “The 176 Playstation games”