I promised something cool and I think this will qualify: 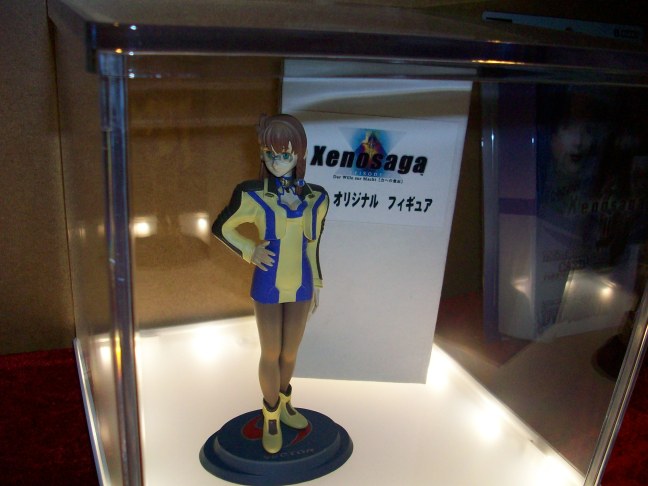 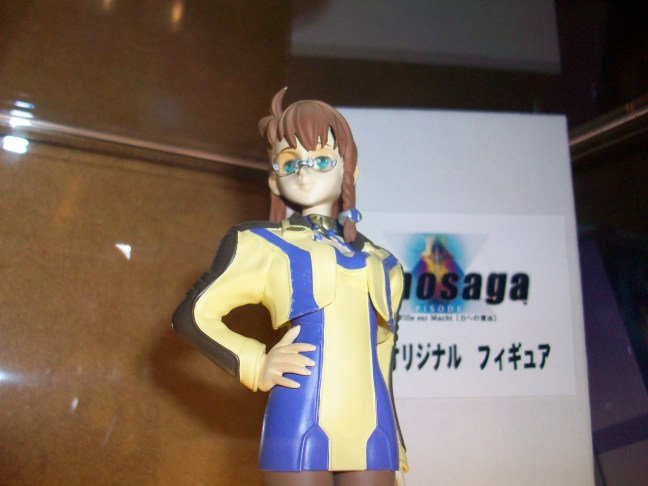 As usual I wish I had a better camera but trust me that the colors and level of
detail is amazing on this rumored Shion Statue. I have actually had this
for a few years but it wasn’t untill recently I finally bought one of those
“lightboxes” to display it in, it looks pretty good in there!

It was a lot of asking around before I finally found this, it’s not an easy
task since it is limited to 20 copies (!).
You had to win it in a competiton/ lottery in Japan back when Episode I
was first released, the MOMO shirt is also from the same event.
20 copies is a really low number BUT there actually exists a few
extra copies that were given away to some of the developers of the game,
the copy that I have was actually given to Shion’s english voice actress
Lia Sargent and got signed by her before it finally found its way to me!
The signature is on the underside of the statue’s base
(I will update with a picture later).

If someone asks what my most rare item is or which one is the jewel
of the collection I will point to this but it is possible that
something else may have less copies left.

The next Xeno post will actually be the last, the last two items are
in the same category and was bought at the same time, I have told
almost no-one about them yet so they should be a real surprise!