This is it, the final of these posts, time to reveal the last two items in my
Xeno collection!

I admit that I have been stalling a bit with these final items and it feels a
bit empty to not have any secret stashes left but I did promise to put
everything up and that was more or less the entire reason to create this blog.
Oh well, I will keep updating with future finds, keep organizing and
adding more info about everything but I must say that finally getting
these two items felt like a big milestone and there is not much left to
collect after all, I mentioned some big purchases last year and one was
Chrono Trigger and this was another: 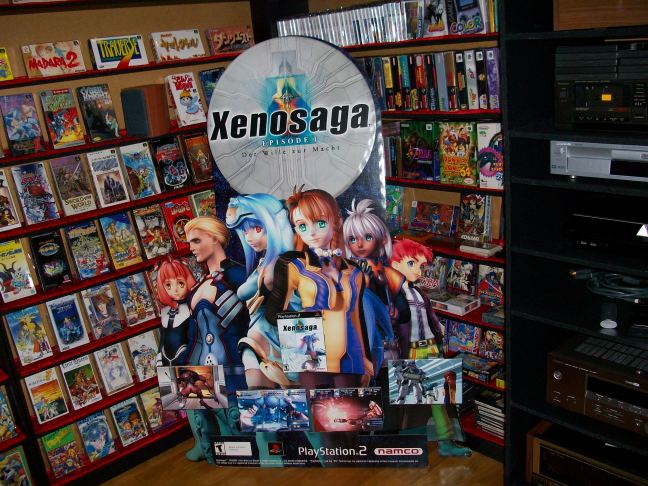 It’s the Xenosaga I promotional Standee used in some stores back when
Episode I first was released in the US!!
When I checked my history recently it turns out that I have bugged the seller
about this for almost four years, hehe. But neither me or the seller was in
any hurry about this since we both knew it would be a pain to ship but
suddenly the time had come and I am extremely happy and grateful that
this finally is part of the collection! 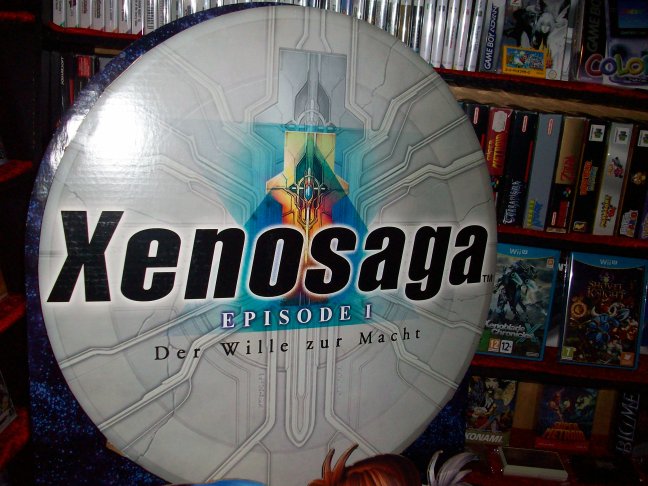 Oh, I did say two items:

Not only the Episode I Standee but also the one from Episode II!!!
Sadly Episode III didn’t get one, luckily that means I don’t have to
sell my soul to get it.
I really love both of the standees, EPI is cool since it is a diorama with
different layers and of course have the better art but EPII is triangular
and you can view it from all three sides (plus, you can actually move it.)

The second of the three sides, this is probably the most common
art used in US promotion for the game.
A bit strange why Margulis just stands there, haha. 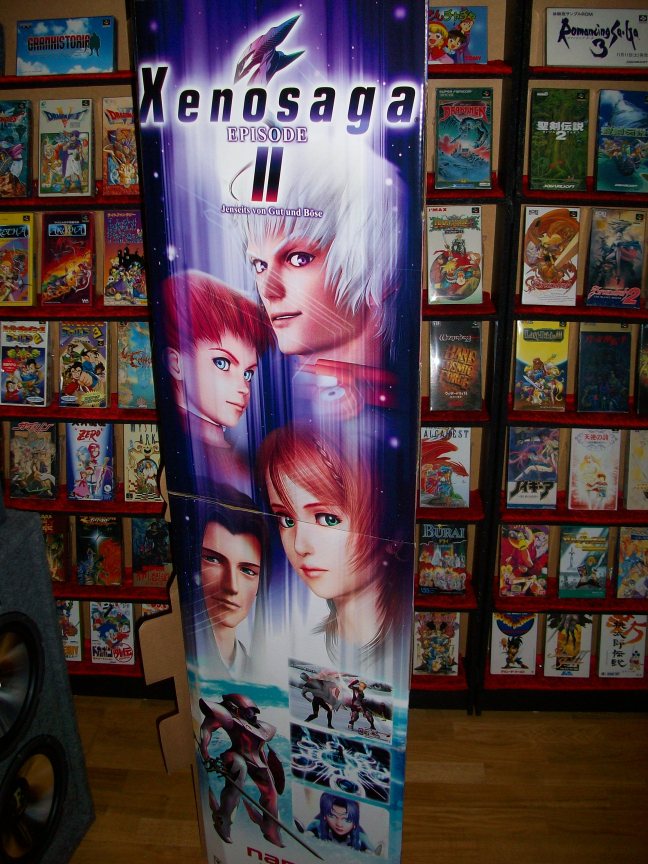 The final side, okay, all of the art is overused but still, having it on
a large triangle shape like this makes it four times as cool!

I suspect that I will grow tired of these two taking up half the game room
and blocking other games but for now they are the best,
of course they have a bit of damage since they have been used in stores over
10 years ago and also been transported over the world but just finding these
at all is a next to impossible task, minor flaws like that is nothing that
bothers me this time, just having them is more than fine.

A final funny detail is how the first thing I bought from the seller was this
mini version of the standee and the final thing was the large version, haha.