There is nothing I like more than seeing other collectors’ collections and
I can spend hours looking at pictures and youtube videos where
people speak about their collections. A lot of collectors surprisingly
or maybe understandably like to keep much of the collection a secret and
that has been the case for me too all these years and I have very rarely
put any pictures up showing the game room.
I always think “just one more item and the collection will be ready for display”
or “I just need to arrange this part”. Also, I don’t want to spoil the
surprise when people visit and see the room for the first time but
I have decided to finally put up a few recent pictures, you can see this
as a half room tour! We will not get to see the Playstation shelf today
and that is where half of the games are, hehe.

I have just put a lot of the “oddly shaped” boxes and items in new protective sleeves, it might not show in the pictures
but it took a lot of time and it feels great that everything finally is protected! 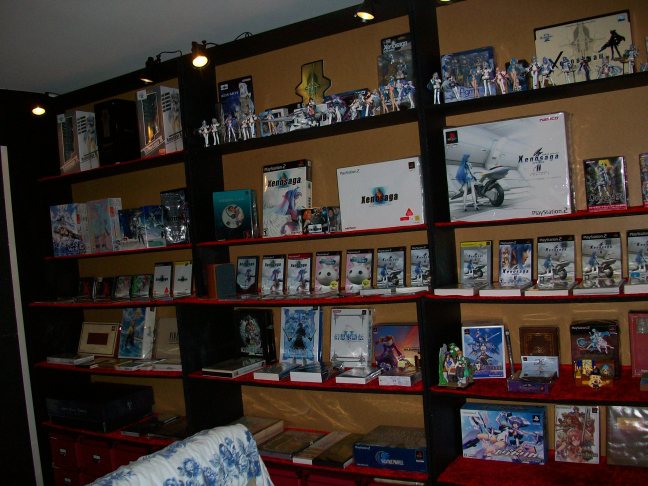 The Xeno shelves change very little, the other boxes move around a lot though and this setup is far from final. 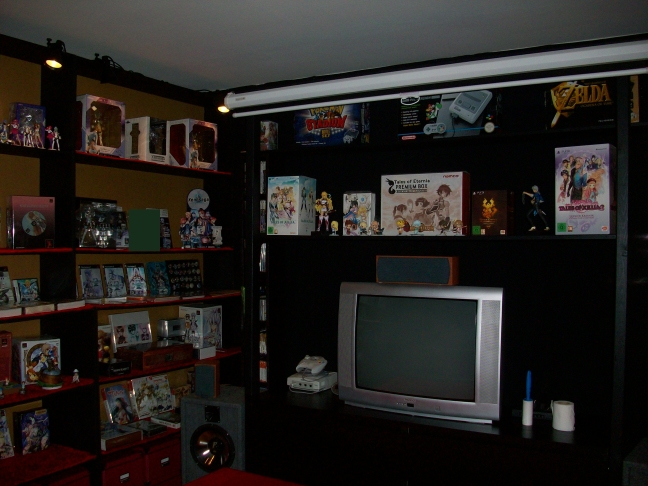 The lower corner is a chaos of boxes in different sizes, a few that I might
not even keep. Don’t mind the mystic green censor square, hehe. 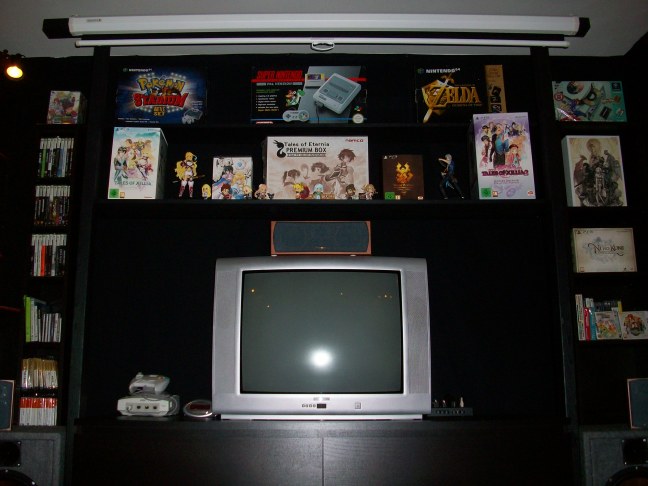 This is where the Tales of collection recently relocated to, it took a lot
of time before I was happy with this, I tried making the right shelf a
Tales of shelf but in the end I got the crazy idea to put up an extra
shelf for the consoles in the background and then the Tales of boxes could
take their old spot over the TV. I like it, a bit sad that the “normal” games
no longer are on display. By the way, this is not where I usually play my
games but I plan on connecting at least four consoles to the TV,
the projector usually have Xbox360 and PS3 connected.

The red table for all the photos, and half of the SFC games. 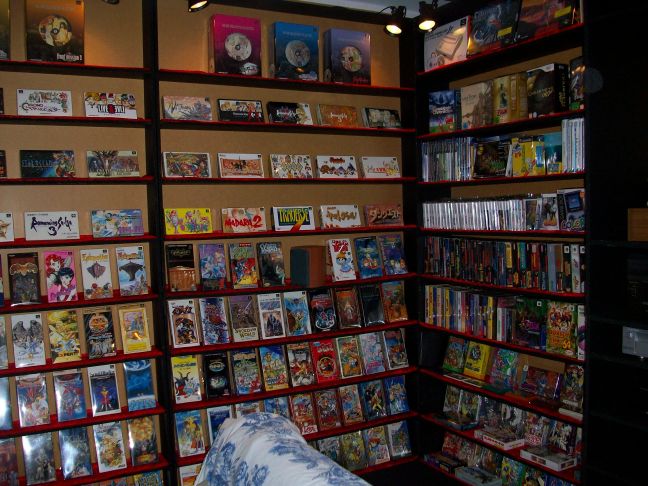 The other half and Nintendo corner! 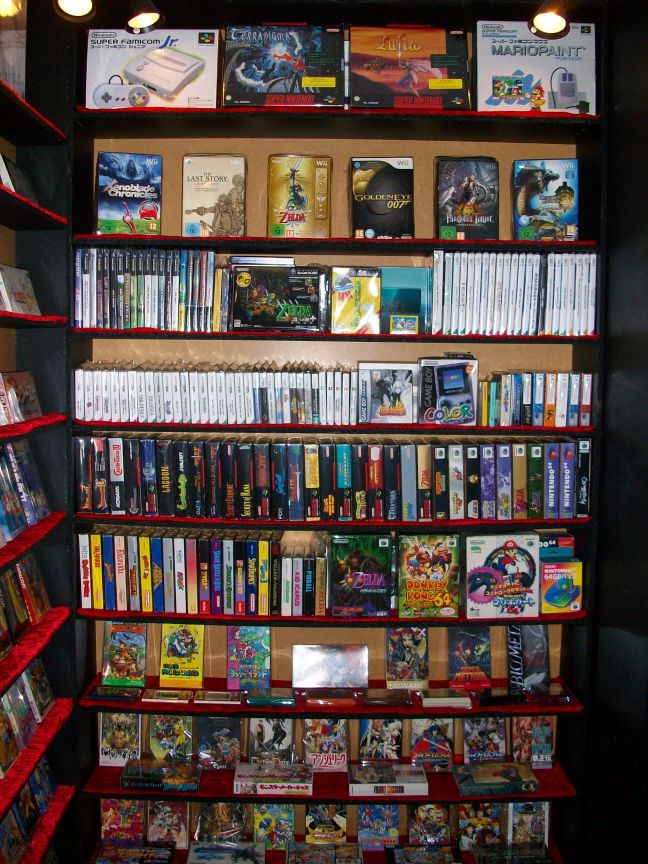 I rarely speak or brag about the Nintendo shelf since I don’t actively
collect any of the games, I just get the good games when they are
released, the old games are from my childhood, some of the missing titles
like Castlevania for NES is in my brother’s hands. It may look nice in the
picture but there is not much left of the Link to the Past box, haha.
The same goes for the other favorite games that I played as a child
(Poor Illusion of Time).

As a bonus, this is where the Tales of games used to be, now it’s some kind of diorama shelf! This and the one below will change when my next package arrive later this year.

I really hope that you liked it, I will do a real tour someday, including the Playstation shelf of course!

4 thoughts on “Half a room tour”